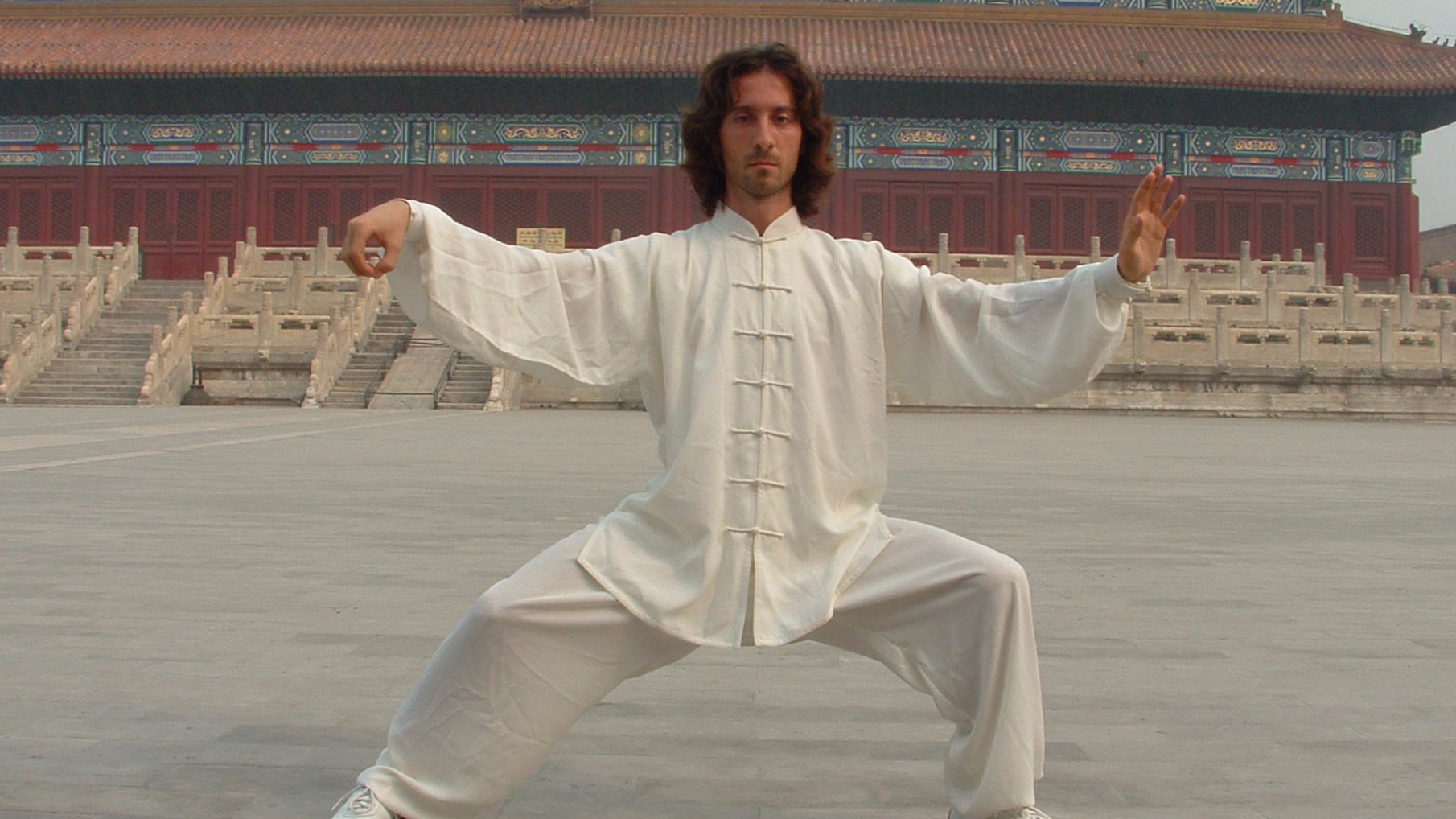 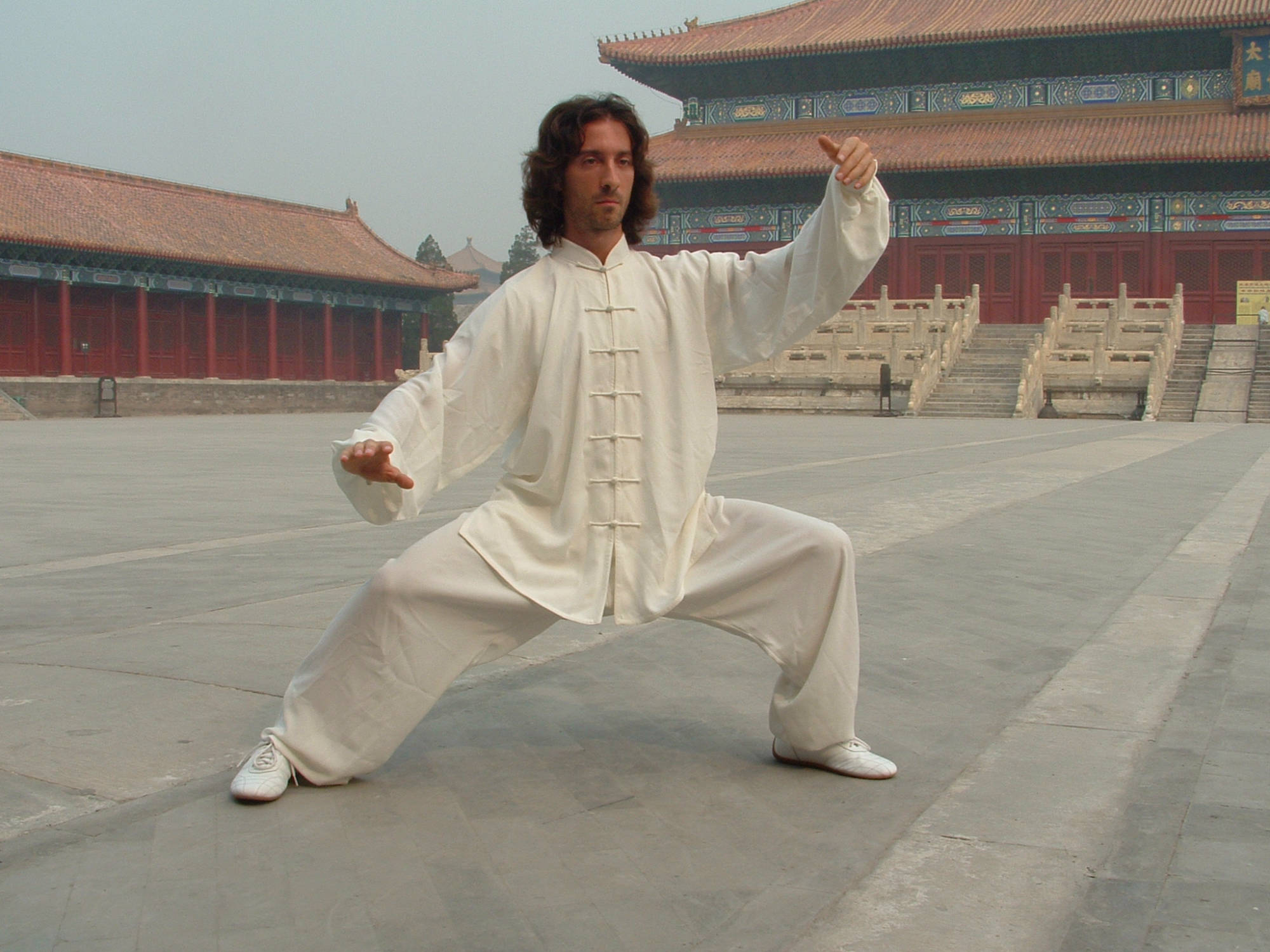 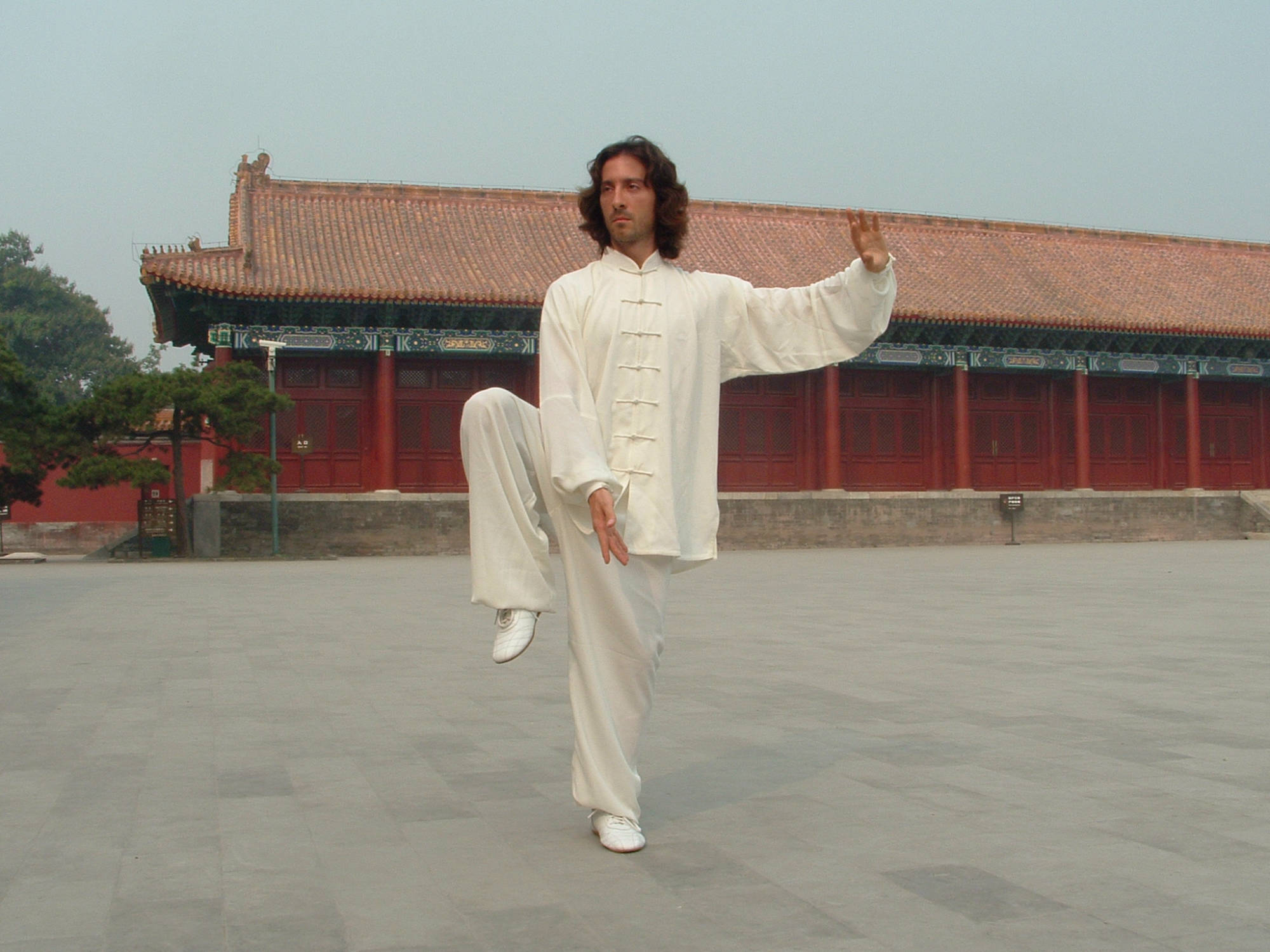 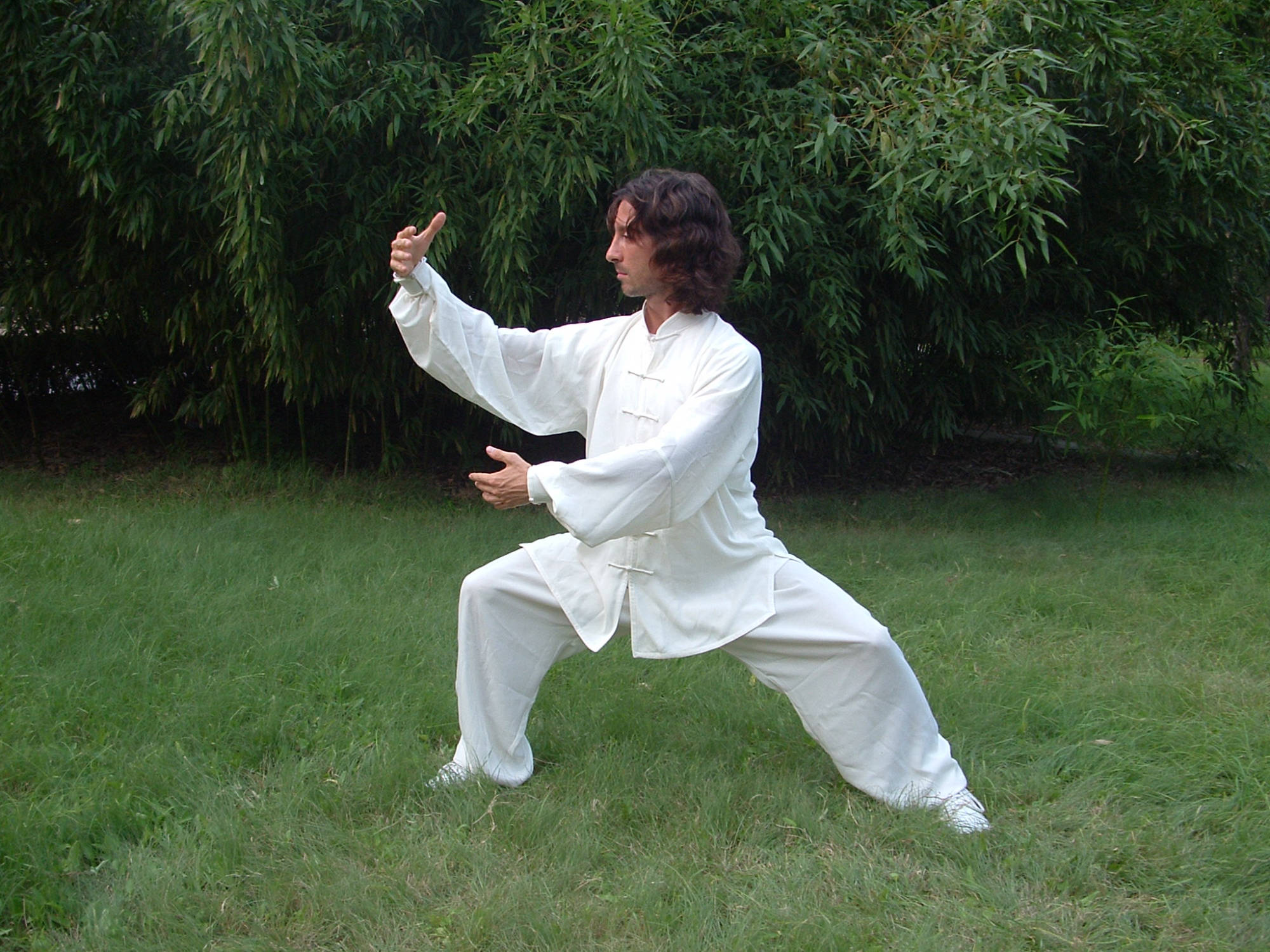 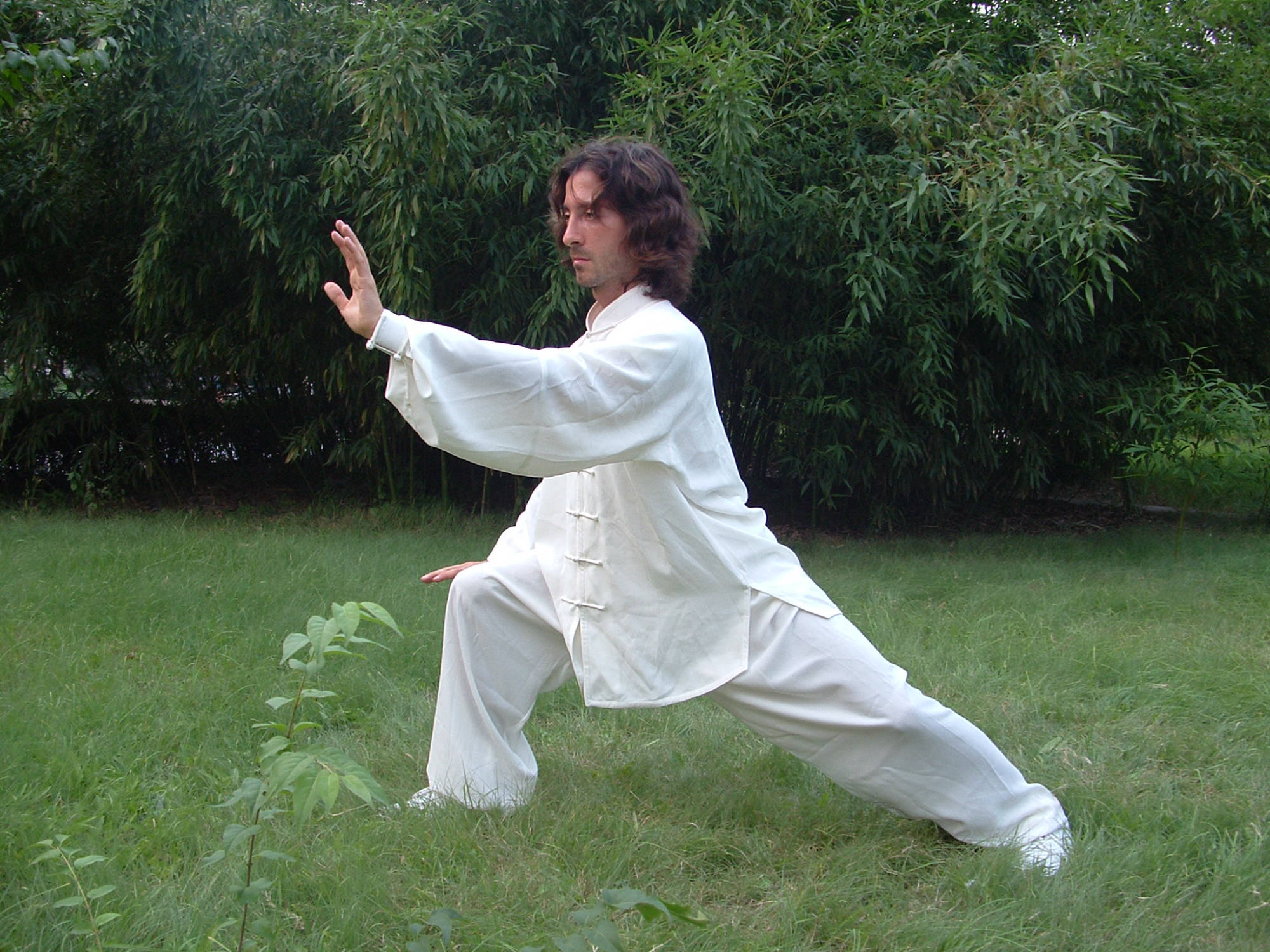 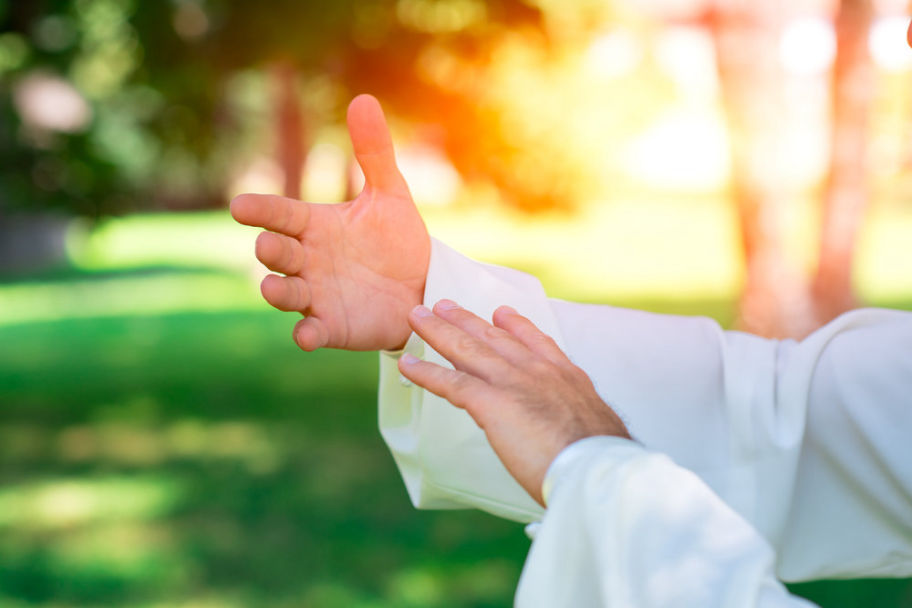 Ancient martial discipline born as a Kung Fu evolution (mainly of the Shaolin soft styles) and aiming to obtain the optimum health by opening the energy channels in the human body. It also meant to widen the mental powers and our self-consciousness, while teaching the combat (considered in its maximum expression, making the most of the internal energy that goes along with every single movement, like a shadow following the body).

A poetical invitation to practise Tai Chi Chuan.
In a dance of wonderful movements,
Light as wind or clouds caressing the sky
Find the supreme harmony in unity with all,
In a dimension where space and time
Vanish into nothing.

Master Enrico Passeri, after a brief experience in judo, began studying Chinese Kung Fu at the age of sixteen. Four years later he approaches Tai Chi Chuan for the first time, which will later become his greatest passion. At the age of twenty-six, he decides to go to China to study in depth with traditional Chinese masters.

In Beijing, he meets some great masters with whom he embarks on a life path that will last a total of five years and will lead him to travel to China eight times, also learning the Chinese language in order to communicate and understand the teaching. He graduated from the Beijing Sports University and passed the exam to become a 5th Duan Master (Dan in Japanese) of Tai Ji Quan at the Chinese Wushu Association, the most famous and important institution in the world for studying and spreading Chinese martial arts in the world, a title that will also be recognized by CONI in Italy.

His "Olistic Taiji" project was born from an experience accumulated in over twenty years of life, which led him to teach the disciplines of which he is a master integrating them with an holistic philosophy of man and the universe derived from his study of philosophies such as Buddhism, Taoism and Hinduism, but also supported by countless scientific arguments related to quantum physics, TCM and all those alternative and vibrational medicines that treat the individual as a unit of body, mind, spirit and environment in which lives. 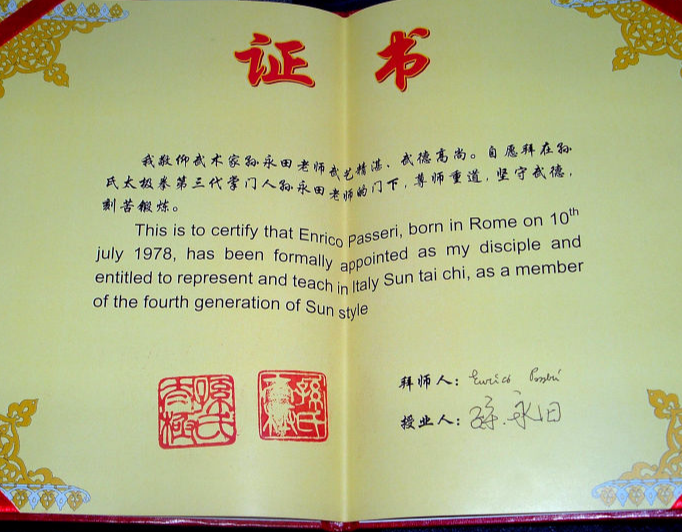 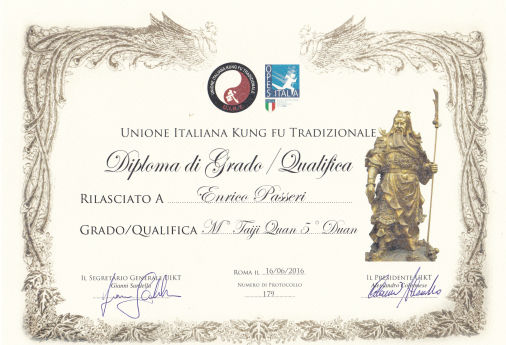 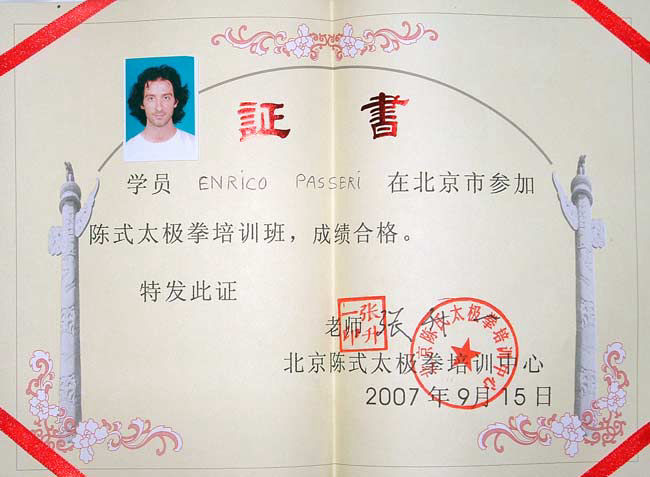 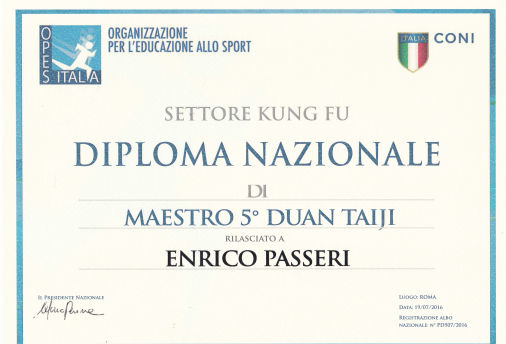 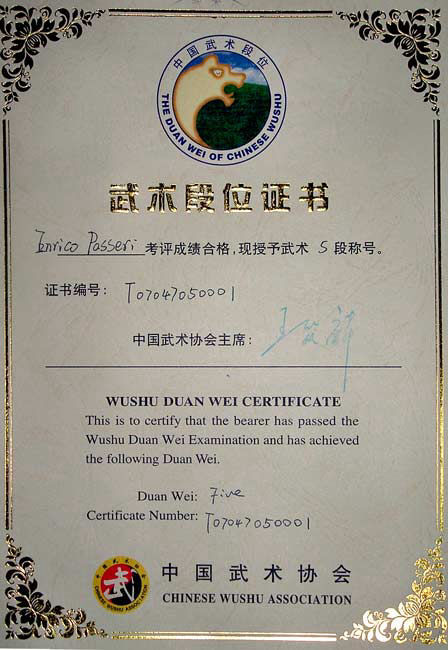